Message
Forgot password?
Welcome to Prague
The Czech Republic
The Czech Republic is situated in Central Europe and shares its borders with Germany, Austria, Slovakia and Poland. It offers visitors not only a multitude of historical landmarks but also diverse natural sites: mountains, ponds, caves and spas with mineral springs. The capital city of Prague is one of the most beautiful cities in the world, with unforgettable atmosphere of a metropolis the history of which spans a millennium. 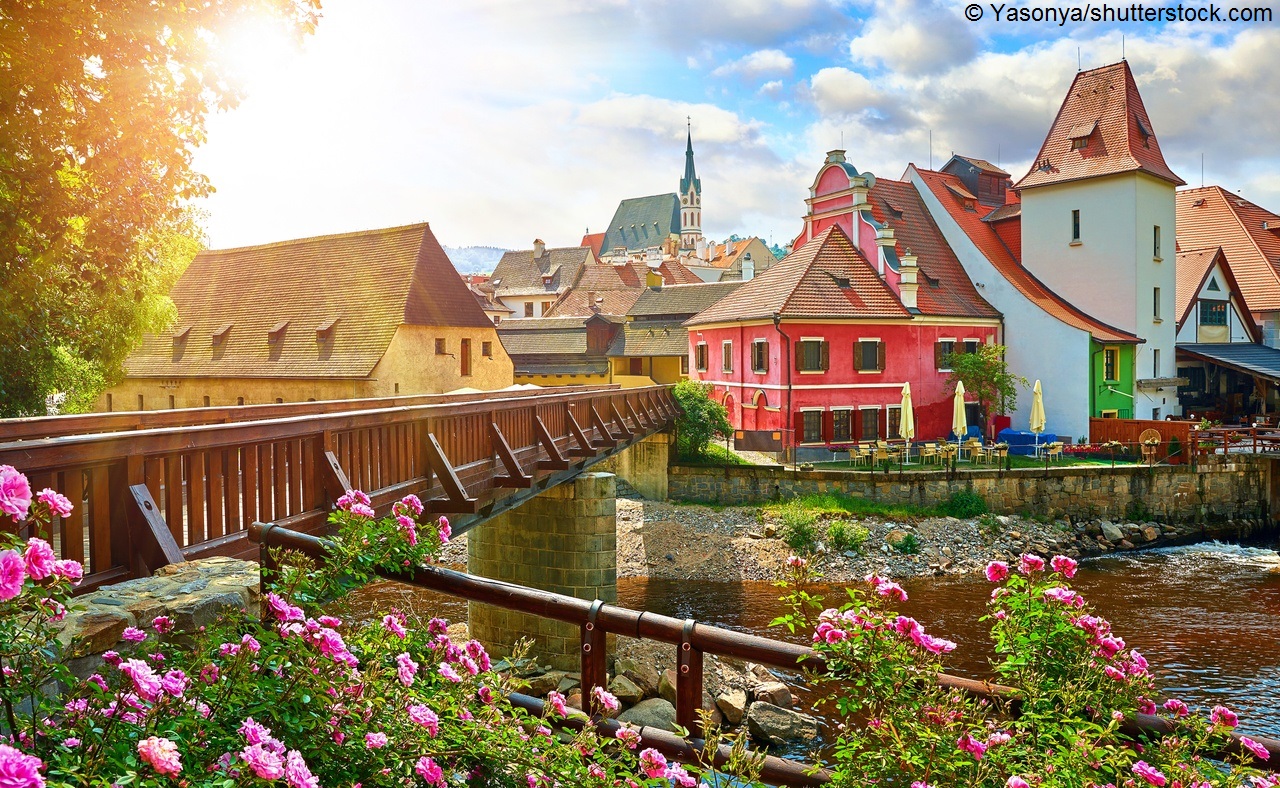 The Czech Republic and its capital offer many protected cultural monuments and landmarks. Some of them are on the UNESCO list of world cultural and natural heritage sites, including the historic centre of Prague, the Pruhonice Park, Ceský Krumlov or Kutná Hora. Often referred to by its old German name of Karlsbad, Karlovy Vary is a must-visit for anyone interested in an authentic European spa experience. Besides, the town remains one of Europe's most prominent glassmaking centres and is also home to the popular Karlovy Vary International Film Festival.

The spectacular Bohemian Paradise (Ceský ráj) in Eastern Bohemia is famous for its many massive rock formations that protrude from the ground like spikes and pillars, formed by tens of thousands of years of erosion by the elements. The castles of Konopiste (50 km from Prague), Hluboká (short drive north of the city of Ceské Budejovice) and Karlstejn are a few of the architectural highlights of Bohemia. 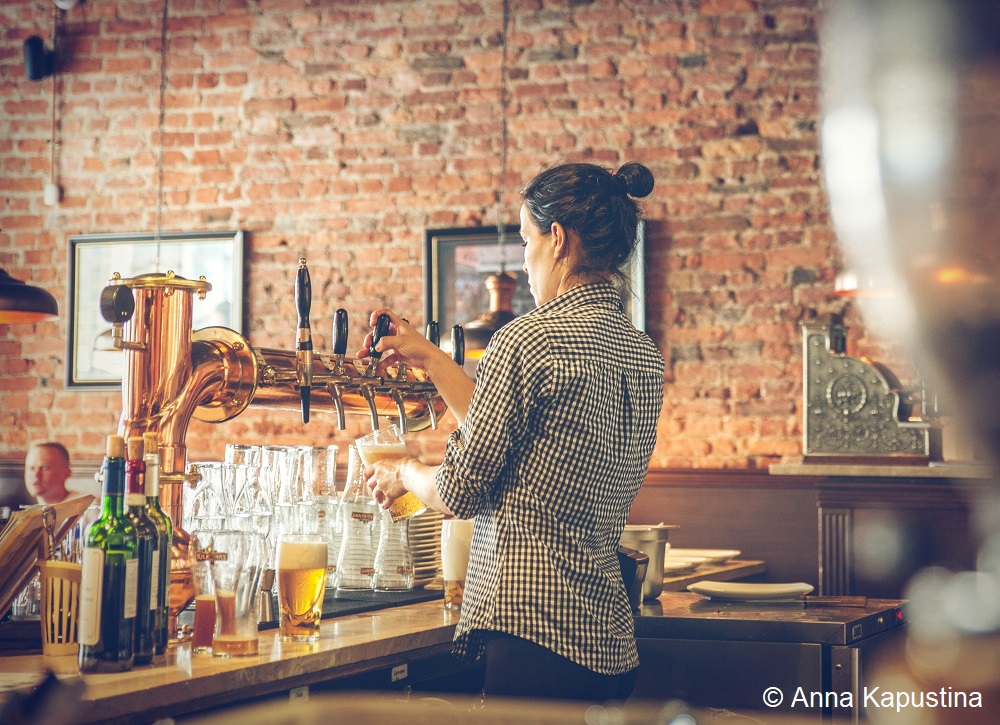 Last but not least, beer brewing has had an exceptionally long tradition in the Czech Republic. The oldest historically documented brewery is the one connected to the Brevnov Monastery in Prague, founded in 993. The Czech cities of Plzen and Ceské Budejovice gave the world lagers known as Pilsner and Budweiser. You can even find businesses in the Czech Republic called pivnice that only specialise in pouring the best beer.

Prague
Prague, the capital of the Czech Republic and the most important city in the Bohemian region, is rightly considered one of the most beautiful cities in the world. It has a privileged location in Central Europe and has been a political, cultural, and economic hub since its foundation, making it today one of the top destinations in this part of the world. Visitors from all over the world come to Prague to admire not only its history and diverse architecture, but also to enjoy the friendly and romantic atmosphere. 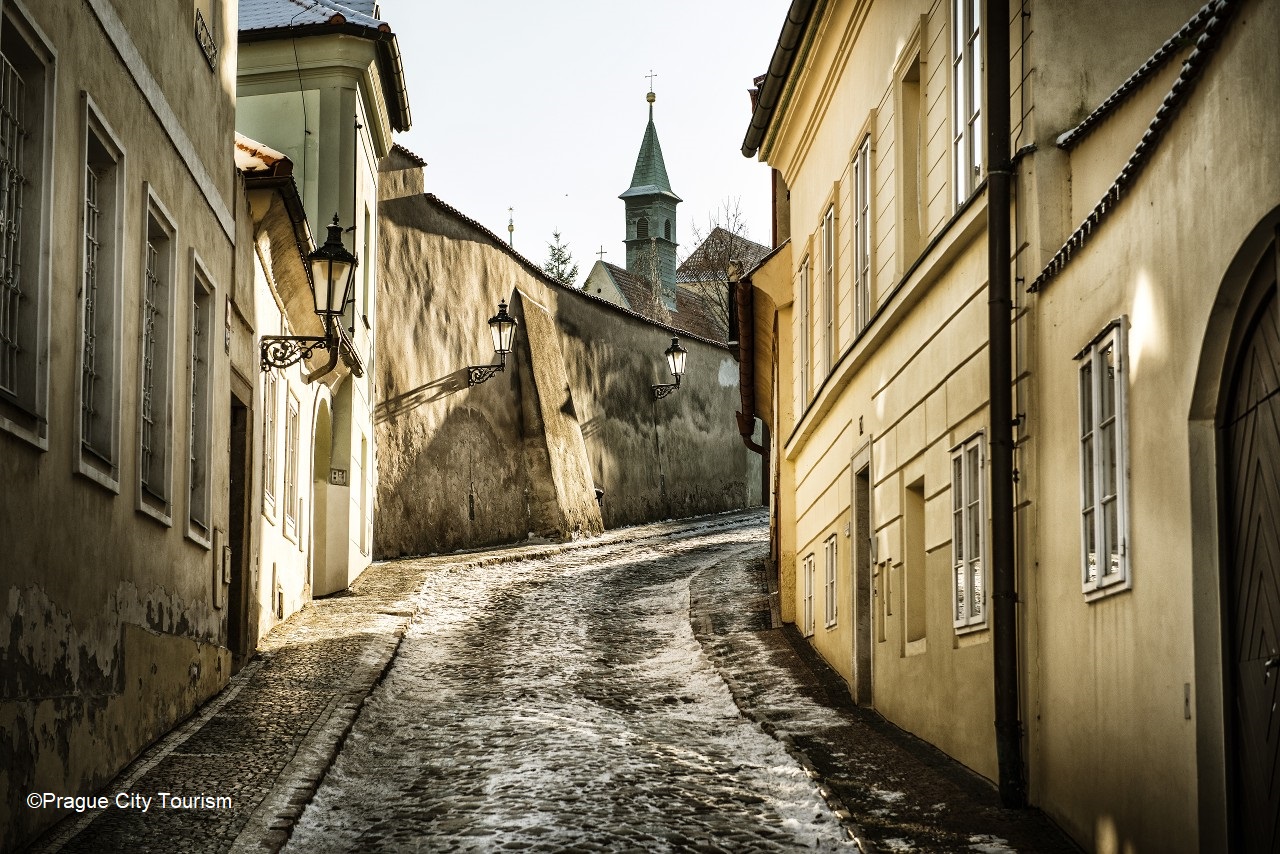 Prague has throughout the years borne a number of different names attesting to its historical importance, such as ‘The Golden City’, ‘The City of a Hundred Towers’ and ‘The Heart of Europe.’ It was built on the banks of the Vltava River, which flows through the city for a length of 31 km, and is made up of five historic towns. The narrow streets and little taverns and restaurants of the older quarters contrast with the broad sweep of Wenceslas Square and modern parks and housing developments, while the great 18th-century Baroque palaces have their own elegance and splendour. It's a city with world-class museums, hundreds of concert halls, galleries, cinemas and music clubs, gardens, parks and a great culinary scene. 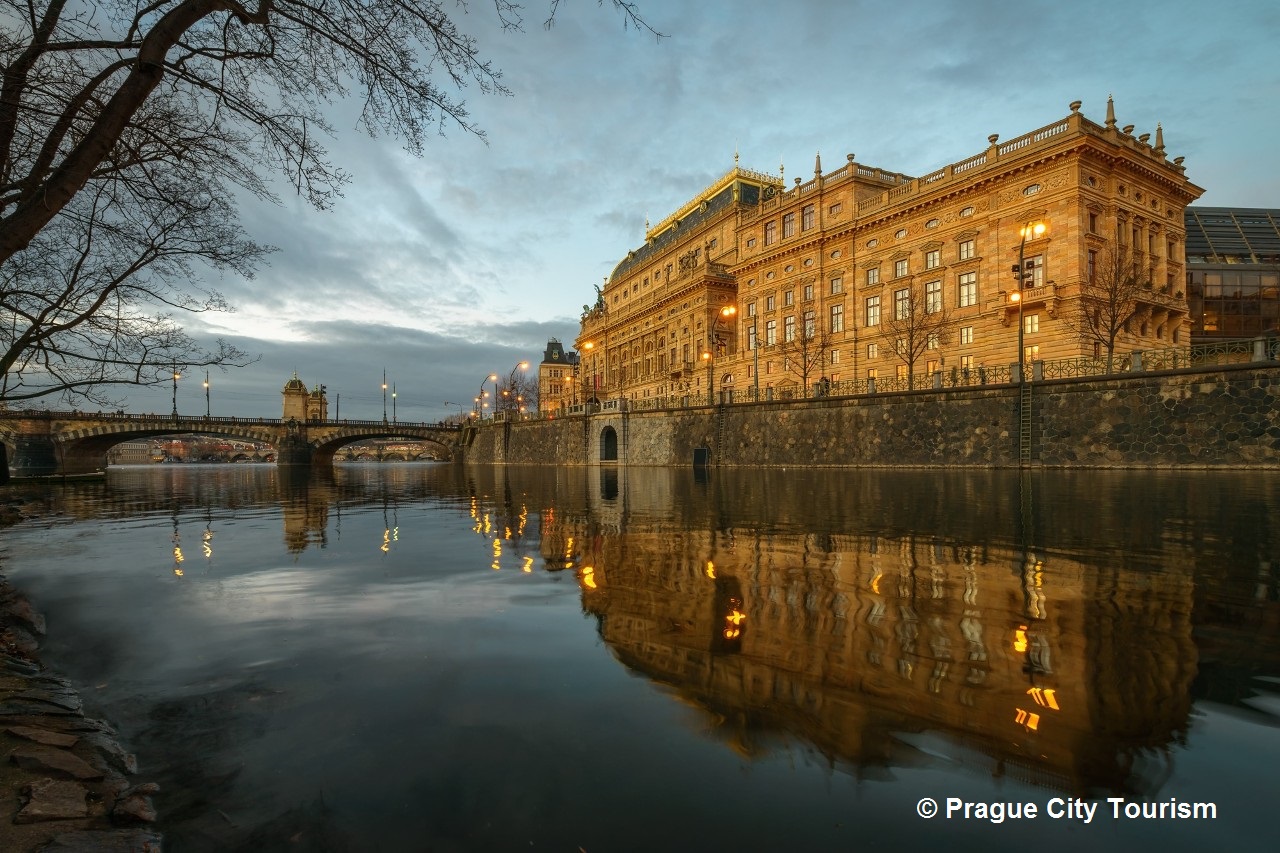 Prague is also a city dedicated to art and famous for its cultural life. Wolfgang Amadeus Mozart’s Prague Symphony and Don Giovanni were first performed in the city, whilst the music of the great Czech composers Bedrich Smetana, Antonín Dvorák and Leoš Janácek is commemorated each year in a spring music festival. David Cerný is an incredible omnipresence in Prague, just like the art-nouveau master Alfons Mucha and Franz Kafka.

Short history
The land where Prague now lays was first inhabited by the Boii, a Gallic tribe after whom the region Bohemia was named. During the sixth century Slavic tribes established themselves in the area and by the ninth century, the city was called Prague. During this period, merchants and craftsmen settled around Prague Castle, built by the Prince Borivoj I of the Czech Premyslid dynasty. In 950 the area became part of the Holy Roman Empire, and in 1061 the prosper settlement of Prague became the seat of the dukes of Bohemia. King Wenceslas I founded the Old Town in Prague. 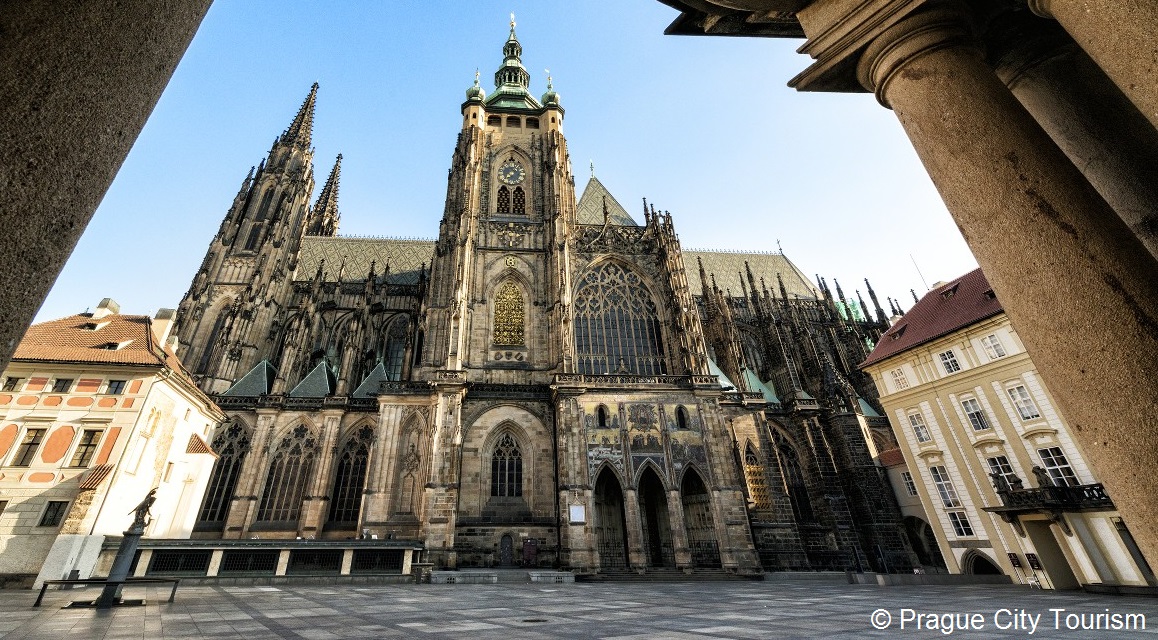 Under the reign of the Charles IV (1346 - 1378) Prague became an imperial city and achieved its heyday. The renowned Charles Bridge and the Town Hall in the Old Town were constructed in these years. From 1526 (when Ferdinand I was elected King of Bohemia) up until 1918 Prague’s history was connected to Austria and the House of Habsburg.
During the Thirty Years’ War (1618-1648) the country declined rapidly and as a consequence many inhabitants left Prague. In 1784, the four towns Hradcany (Castle District), Malá Strana, Nové Mesto and Staré Mesto were proclaimed a single city. During the eighteenth and nineteenth century, Prague grew thanks to the Industrial Revolution, which drew rich merchants and European nobles to the city. These built palaces, mansions, churches and green-spaces in the city.
With the collapse of the Austro-Hungarian Empire after World War I, the state of Czechoslovakia was created in 1918, choosing Prague as the capital city. During WW2 Bohemia and Moravia were made a German protectorate, while after the war the territory became under the control of the Soviet Union and thus under a Communist regime.
In January 1968, Alexander Dubcek became First Secretary of the Communist Party of Czechoslovakia. He introduced a series of far-reaching political and economic reforms, including increased freedom of speech and the rehabilitation of political dissidents. This approximately six-month period of reforms became known as the Prague Spring. The Soviet Union, which did not accept this political liberalisation, answered Dubcek’s reforms with the invasion of Czechoslovakia by 600,000 Warsaw Pact troops on 21 August.
The more than 40 years of communist rule ended with the Velvet Revolution, a nationwide, non-violent protest movement in November-December 1989. In 1993, Czechoslovakia was divided into two separate states and Prague was made capital of the Czech Republic.